Comedy and Depression: The Hidden Symptom 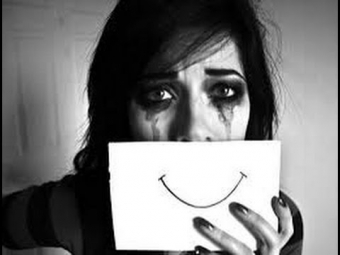 It is a well-known fact that many of the funniest people actually suffer from depression. Famous comedians and comedy actors such as Jim Carrey, Sarah Silverman, and Stephen Fry have spoken about their depression, and the problem in the comedy community was publicized after Robin Williams committed suicide in 2014, as he had also suffered a lifelong battle with depression. However, unlike strange sleeping and eating patterns, a loss of interest in daily activities, or reckless and aggressive behaviour, being funny is not considered a symptom of depression, as not all funny people are depressed, and not all depressed people are funny. In this week’s blog, The Medical Station discusses how comedy plays a role in an illness that is not at all funny.

Depression is a medical condition due to a chemical imbalance in the brain which effects sufferers emotionally, physically, cognitively, and behaviorally. Depression effects one in ten Canadians. Although there are many types of depression including manic depression, seasonal effective disorder, and postpartum depression, the most common type is major depressive disorder.  It is characterized by long periods of sadness and hopelessness.

Why do Comedic People Often Have Depression?

There are several reasons why someone with depression may try to be humorous. One of the most researched reasons is that these people use comedy to validate themselves by providing others with happiness. Depression is often accompanied by a sense of worthlessness and self-deprecation or self-loathing, so by making others laugh, those effected by depression find a sense of purpose and value. Eighty percent of comedians with depression also have had tragic lives or childhoods, often being victims of abuse or neglect. These people often feel guilty or even repugnant, and respond to these feelings by using comedy to justify themselves as good and worthwhile people.

Many people believe that comedy is deeply rooted in truth, honesty, and astute observation of the world around us. Comedians think deeply about everything – it’s in their nature. They are often cited as having hyperactive imaginations, and dwell on their thoughts.They also have to be shrewd and quick, which requires brain power. However, the level of smarts that allows a comedian to be relatable and think on their feet also lead them to be hyper-aware of not only the funny parts of life, but also the negative sides as well. The active imagination which allows them to make quick-witted jokes also dwells on anxieties and sorrows.

Those with depression may also use humor as a way to connect with others and feel accepted and loved. Depression is often accompanied by a sense of isolation and loneliness but making others laugh creates a sense of connection to other people, and a feeling of being liked. This alleviates the sense of loneliness someone with depression might feel, and helps them to understand that they are not alone in their struggle, and that others are there to help them – a feeling which is hard to obtain for those suffering from the illness.

If you or a loved one is struggling with depression or any of its symptoms, The Medical Station offers a safe space and supportive care. We provide access to social work services as well as family physicians who can help you through this experience. Call us at 416-633-2345 to learn more, or book an appointment online with one of our allied health professionals.