Gender Bias in Healthcare: A Diagnostic Technique or A Dangerous Form of Sexism 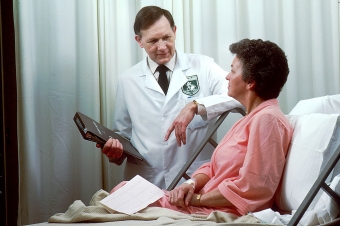 It is presumed that when a patient visits their healthcare provider or family physician, there will be a mutual sense of respect, communication, and consideration. This is why it’s unfortunate that many women report cases of neglect, condescension, and misdiagnosis as a result of gender bias in the healthcare field. Although not all women experience gender bias in their medical system, three quarters of women who experience pain consider themselves victims of implicit gender bias by the male medical community. This week The Medical Station explores the concept of gender bias in regards to women’s healthcare in North America.

What is Gender Bias?

Gender bias is the favouring or prejudice of one gender over another. It is an intrinsic part of society that generally manifests in an unjust preferential treatment of men over women, although this is not always the case. Gender bias can be conscious or unconscious, but overall its roots are based in anti-feminist and anti-woman beliefs, as a result of a long history of gender inequality in society, the workplace, and the family.

How does Gender Bias Manifest in Healthcare?

In healthcare gender bias refers not only to the way female patients are diagnosed, assessed and referred differently then males, but also in the lessened standard and quality of care to men with the same ailments. The main source of these problems comes from a sexist system wherein doctors often characterize women’s pain as psychosomatic symptoms and stress, or else believe that the patient is exaggerating their pain. This often leads to a diagnosis of various mental health issues which may not be prevalent, instead of the appropriate treatment for the patient’s physical pain.

What are the Effects of Gender Bias in Medicine?

Incorrect Diagnosis or Lack of Treatment

Misdiagnosis and neglect of the real matter at hand can be extremely dangerous. There are numerous cases of women being treated for stress and anxiety, or even being told that they were faking their symptoms wherein reality the patients were suffering from anything from anemia or endometriosis, to fibromyalgia and chronic fatigue, and even cardiovascular diseases.

According to a 2014 National Pain Report Survey, 90% of women suffering from chronic pain feel as though the healthcare system discriminates against them. Of course, the majority of practitioners and specialists in the medical community do not intentionally or consciously harbour sexism, disrespect, and negativity toward women. However, the negligence concerning the issue of sexism in women’s healthcare both stems from and results in a prejudice towards female patients, which creates a poor healthcare experience wherein some women feel condescended to and victimized.

Most aspects of gender bias rely on gender inequality, with one gender receiving preferential treatment and the other receiving sub-par care. However, the heightened morbidity and mortality rates facing women due to gender bias may actually be based in the way physicians assume uniformity in symptoms and treatments between men and women, when in fact there are important physiological and psychological differences which need to be taken into account. Much of the reason for this is due to a lack of research incorporating both genders into their studies. Such is the case with trials regarding cardiovascular diseases and tuberculosis, as the participants in trials for these diseases was primarily middle-aged men, and there was a serious lack in representation of women. Because of this, the differences in symptoms that women display compared to those researched on men lead to misdiagnosis and mistreatment, resulting in higher death rates when it comes to these diseases.

The Medical Station is dedicated to providing our patients with the top care and quality of service. We are very familiar with the fact that many patients have experienced gender bias in their healthcare experiences, and we would like to assure our patients that at The Medical Station we actively take steps to provide comfortable and non-biased care, treating all sexes, genders, and races equally. We pride ourselves on the respect and communication within our patient-physician interface, and attend to all our client’s concerns with consideration and detail. Call us at 416-633-2345 to learn more, or book an appointment online with one of our allied health providers.