Understanding Rage Disorder and its Effects 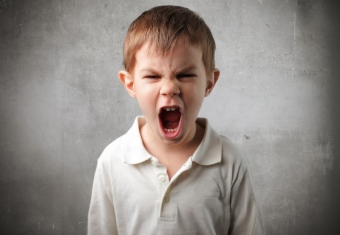 Intermittent Explosive Disorder (IED), or Rage Disorder, is a chronic disorder characterized by frequent, abrupt outbreaks of aggressive and violent behaviour considered disproportionate to the trigger. The disorder’s resulting outbursts are greatly detrimental to the day-to-day lives and health of those suffering from the condition, as well as those around them. The Medical Station, with its commitment to mental health, discusses Intermittent Explosive Disorder, its effects, and associated risks.

What is Intermittent Explosive Disorder?

Intermittent Explosive Disorder is an impulse-control disorder, resulting in sudden episodes of irrational and disproportionate anger and aggression. These episodes can take the form of physical fights, arguments, shouting, threats, and assault.

Outbursts occur with little to no warning and can last approximately 30 minutes. It is possible for episodes to occur with incredible frequency, or separated by months of ordinary behaviour. Those with IED may be irritable, aggressive, or chronically angry most of the time.

Episodes of behavioural aggression can occur concurrently or following any of the listed physiological symptoms:

The Effects of IED on Others

As many as 7.3% of adults are diagnosed with IED, or Rage Disorder, throughout their lifetimes – the number of those affected, however, is considerably higher when including family, friends, and colleagues of sufferers. IED is known to result in emotional problems in other members of the family, as they are subject to the detrimental and abusive effects of IED. Economic struggle may accompany the disorder as well, possibly due to property damage, a characteristic result of aggressive outbursts, legal penalties, or costly accidents. Rage Disorder not only affects those who exhibit the condition’s symptoms, but by those subject to its outbursts as well.

The cause of Intermittent Explosive Disorder remains elusive, however, possible contributing factors have been hypothesized. While no specific gene has been identified in the hereditary nature of the condition, it is believed that the genetic traits that comprise this disorder are passed down from parent to offspring.

It is also possible that the environment one grows up in plays a large role in the development of the condition. Children who grow up in homes in which they are routinely subjected to harsh punishments and aggressive actions are thought to follow this example into adulthood.

Brain chemistry is suggested to contribute as well, as impulsive aggression is thought to be related to abnormalities in the brain region responsible for the regulation of muscular activity through serotonin neurotransmitters. Toxoplasmosis is a parasitic infection which affects this brain region, and therefore may be implicated in IED. People with Rage Disorder are twice as likely to have been infected. While thought to be relatively harmless, it is now suggested that toxoplasmosis may alter brain chemistry in a manner that increases risk of aggressive behaviour. The parasite is most commonly acquired from contact with kitty litter and cat feces, as well as eating or touching raw meats.

Rage Disorder is generally treated through medication and therapy. As the condition is also associated with the onset of anxiety and depression, antidepressants are thought to help relieve aggressive tendencies. These medications specifically target serotonin, the neurotransmitter implicated in IED. Psychotherapy, or cognitive behavioural therapy, conducted through individual or group sessions assists in aiding those with the disorder, as it helps identify possible triggers to explosive behaviour, and teaches methods of managing outbursts.

The Medical Station has a committed and experienced team, dedicated to assisting those affected by a range of mental health conditions, including Intermittent Explosive Disorder. Our experienced social workers offer compassionate and supportive care in personalized sessions, as well as group settings. If you, or someone you know, may be exhibiting some of these behaviours, or affected by IED, we urge you to talk with your family physician or mental health provider.