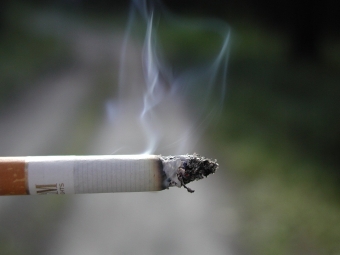 In addition to her work as a clinician, Dr. Naiman has been involved in significant health related research throughout her career. The Medical Station, located in North York, is pleased to share our Founder & Medical Director's research on the links between policy and health.

As the lead author on a study exploring the effects of smoking bans on health and as a contributor looking at the effects of financial incentives on cancer screening, Dr. Naiman has explored the role of policy in shaping health care and health outcomes.  As Dr. Naiman said in an interview with The Star, this research “[…] confirms that public policy can make a difference”.

The Health Effects of Smoking Bans

There is increasing evidence that tobacco is one of the leading causes of preventable disease and death in the world, with second-hand smoke increasing the scope of tobacco’s danger. The health implications of tobacco are serious and widespread; Dr. Naiman estimated that one billion people are expected to die this century as a result of tobacco-related disease.

The government – alongside health care, public health, advocacy groups, and many others – continues to play a significant role in preventing and managing this epidemic.

A number of smoking bans have been put in place in Ontario over the years. In 1999 smoking was banned in workplaces and public buildings, in 2001 Toronto banned smoking in restaurants, in 2004 the ban was extended to include bars and billiards & bingo halls, and since then, the ban has extended to public parks and playgrounds.

Dr. Naiman, along with co-authors Drs. Glazier & Moineddin, conducted a ten year study looking at the effects of these smoking bans on the rates of hospital admission for various cardiovascular and respiratory conditions. The study found that hospital visits plummeted significantly and consistently for both cardiovascular and respiratory conditions, reporting a one third drop in the number of patients with the given conditions since the city’s introduction of the bans.

The Effects of Physician Incentives on Patient Cancer Screening

In another study investigating policy and health care outcomes, Dr. Naiman explored the effects of financial incentives for physicians to promote cancer screening among their patients. Beginning in 2006, the Ontario government offered family doctors an annual bonus based on how many of their patients had been screened for cervical, breast, and colorectal cancers.

In an interview with Global News, Dr. Naiman said that these financial bonuses had “no impact” on how she practices; Dr. Naiman elaborated to explain that she prefers to focus on the process of education and awareness raising in order to promote uptake of screening and other health prevention measures.

With Dr. Naiman as our clinic Medical Director and one of our practicing family physicians, The Medical Station believes strongly in following new research, investigating relevant health policies, and promoting prevention. In addition to providing excellent medical and health care, the clinic will take a bigger picture approach to understanding our health system and health care.

Whether it is using electronic medical records (EMR) to improve screening and tracking, health education through blogs & classes, or care from our medical doctors and allied care professionals – opening in Spring 2016, The Medical Station is looking forward to working with you to improve your health.