The Medical Station Explores the Dangers of Hair Dyes 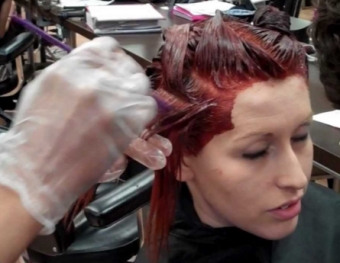 The use of hair dye has become increasingly ubiquitous, among both men and women. It is estimated that in North America and Europe more than 1 in 3 women over 18 years old and more than 1 in 10 men over 40 years old use some type of hair dye. With such a large number of people using hair dyes, The Medical Station believes it is important to understand the health effects and any potential dangers that may be associated with hair dye use. There are over 5,000 different chemicals used in hair dye products – it’s no wonder the effects can be confusing and unclear. The Medical Station will explore key findings surrounding hair dye and health.

A Brief History of Hair Dye

The contents of hair dyes have changed over to time to improve both the efficacy and safety of the dyes. When hair dye first came out and began to be widely used, the main ingredient was often coal tar dyes. In the 1970s coal tar dyes were found to cause cancer in lab animals and allergic reactions in some people.

Since 1980, steps have been taken to remove coal tar dyes and replace them with synthetic versions (which are often still considered coal tar dyes as they have chemical similarities). While these changes have certainly improved hair dyes, there are still some lingering questions surrounding the relationship between hair dye and cancer, as well as the risk for allergic reactions. It is permanent hair dyes, which happen to be the most common type of dye, and darker dyes that may continue to pose a risk.

There is a fairly consistent body of evidence pointing to the increased risk of certain types of cancer for those regularly exposed to hair dye prior to 1980 (when dyes still contained natural coal tar). When it comes to more recent use of hair dyes, however, there is some conflicting evidence on the links between hair dye and various types of cancers.

In terms of bladder cancer, those with exposure to hair dyes at work (i.e. hairdressers) have a small but consistent increased risk, while those who use the dyes do not. Studies looking at leukemia and lymphomas as a result of hair dye use have found mixed results – thus the potential relationship remains unclear. For breast cancer, most studies have not found an increased risk, though there is some conflicting evidence here too.

The Medical Station believes that significantly more research needs to be conducted in order to better understand the relationship, if any, between hair dye and different types of cancers. The National Toxicology Program (NTP) does consider some chemicals that are or were used in hair dyes as “reasonably anticipated to be human carcinogens.” One specific chemical of concern is para-Phenylenediamine (PPD), which is widely used in hair dyes; animal studies have indicated that it may be carcinogenic and it is the main culprit when it comes to hair dye allergies.

While allergies to hair dye are rare, the number of individuals using dyes, as well as the potential severity of the reaction, makes this an important consideration. Interestingly, some individuals may only experience a hair dye allergy after many uses. If you experience redness, swelling, itching, or burning (even if you have been using hair dye for years) within 48 hours of using hair dye – you may need medical attention.

If you are unsure about a reaction, please visit The Medical Station in North York – our physicians will help identify and treat your reaction, and refer you to a dermatologist or allergist as needed. PPD undergoes a transition in the hair dye process; during this process it acts as a sensitizer and can cause an allergic reaction. An individual’s reaction may vary from mild irritation, to more widespread reaction, to anaphylactic shock.

The Medical Station Tips for Healthy Hair Dye Use

The Medical Station has some tips for those who use or are interested in using hair dyes:

Opening in North York in Spring 2016, The Medical Station looks forward to providing you excellent and integrated health care. The clinic is also looking forward to health education on a range of topics important to you – if there is something you want to know more about please let us know!