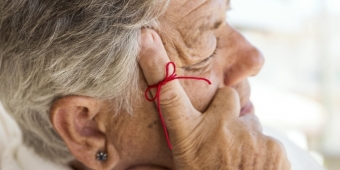 Dementia, an umbrella term for a combination of symptoms resulting in declining mental ability, can be debilitating for those suffering, as well as their family, friends, and caregivers.

Given Canada’s aging population, dementia and Alzheimer’s disease (the leading cause of dementia) are increasingly important health concerns – at both the individual and public levels. Cognitive impairments and dementia are among the top health concerns for older Canadians, yet many living with dementia and Alzheimer’s remain undiagnosed and untreated. The Medical Station believes it is important to raise awareness of the symptoms and signs of dementia in order to improve early diagnosis and treatment provision. Opening in Spring 2016, our North York clinic will work to ensure that those affected by dementia or Alzheimer’s disease receive the comprehensive support and care they need.

Dementia is a general term for a decline in one’s mental capacity and ability that is severe enough to affect one’s daily life. Dementia is caused by damage to brain cells that then affects the cells’ ability to communicate with one another and carry out their required brain functions. Though dementia manifests differently for different individuals, those with dementia typically demonstrate significantly reduced capacity in at least two of the following core mental functions:

Dementia and Alzheimer’s disease are often discussed interchangeably; it is important to note however, that the two are different. Dementia is not one specific disease, rather, it is a combination of symptoms with a number of different causes – the most common of which (accounting for 60-80% of all dementia cases) is Alzheimer’s disease. There are many other causes of dementia; these include Parkinson’s disease, Lewy Body disease, head trauma, Creutzfeldt-Jakob disease, vitamin deficiencies, or even certain medications. Different causes of dementia will require different treatment plans, thus early identification and determination of etiology are crucial in a given dementia case.

Dementia is typically progressive – symptoms being slowly and gradually get worse over time. Depending on the cause, some cases of dementia may be treatable and reversible – it is crucial to identify dementia early, determine its cause, and work with patients and families to determine the best treatment plan. Even if the dementia is not reversible, as is the case with dementia caused by Alzheimer’s disease, early diagnosis allows for more treatment options and a better opportunity to prepare and plan for the future. Additionally, undetected dementia can have serious and dangerous implications; it places those affected, most commonly older adults, at risk for delirium, car accidents, medication errors, and reduced self-care. 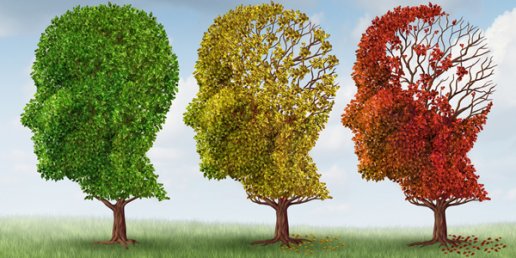 Though the signs and symptoms vary, some of the main early signs of dementia include the following:

Some of these signs may be difficult to identify in a loved one. The Medical Station suggests you also keep an eye out for some of the following behavioural manifestations of the early warning signs:

For those interested in learning more, The Medical Station recommends the following resources:

The Medical Station Offers Resources & Care for those Affected by Dementia

At The Medical Station we understand how challenging dementia is for those affected by it and their loved ones. Our clinic’s Family Physicians take care to watch for signs of dementia among their at-risk patients. Additionally, clinic physicians are able to diagnosis dementia and its causes through comprehensive medical histories, physical exams, lab tests, and patient-provider discussions. The Medical Station will work with you, your loved ones, and your caregivers to ensure quick and accurate diagnosis, as well as the development of a personalized treatment plan in line with your health needs and goals. Further, our on-site clinic Social Worker will be available to provide counselling and support to those affected by dementia. The Social Worker will work with you to connect you to resources and programs and help to develop strategies and plan for the future.

Opening in Spring 2016, The Medical Station offers a safe and supportive clinic in North York to provide the necessary information, resources, and care for those affected by dementia.