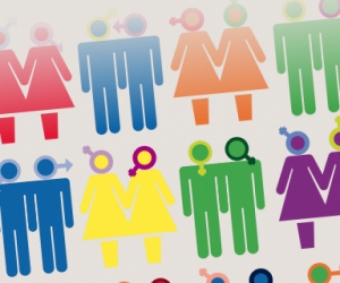 Understanding Your Own Sexual Identity

As we already mentioned, there are unlimited sexual orientations. That being said, the majority of individuals fall into existing identities (which have become more inclusive over time) and there are many benefits to being able to identify with an existing community. It is important to note, however, that categories and labels can exclude individuals and be used for harm and discrimination (this has occurred in the past, and unfortunately continues today). Never jump to conclusions or try to categorize someone else, and always make sure that an individual is comfortable being identified in the given manner. Our clinic is presenting these identities as an educational tool, and for individuals in their own sexual orientation discovery.

Some of the common sexual orientations and identities are as follows:

An individual’s sexual identity may not affect their health. Often times, however, individuals who identify as non-heterosexual face increased health challenges, particularly with respect to mental health. Though not always the case, non-heterosexual, or queer, individuals may experience stigma and discrimination, which can result in higher levels of stress, depression, and anxiety. It may also lead to increased engagement in unhealthy behaviours, such as substance and alcohol abuse or suicidal behaviours. Additionally, the process of identifying and “coming out” as queer can be extremely stressful and challenging for some individuals. Lastly, sexual health is extremely important, and those who identify as queer may be less likely to have access to the necessary sexual health education or safe and comfortable health care environments.

A Safe Space at The Medical Station

The Medical Station offers a safe, confortable, and non-judgmental space for individuals of all sexual identities and orientations. Our clinic staff and care providers are aware of the health care barriers and challenges faced by many queer individuals and we are actively working to ensure we are providing excellent and empowering care. Additionally, our on-site Social Worker is available to work with you to better understand your sexual identity or any challenges you may be facing as a result.

Opening in Spring 2016, The Medical Station is looking forward to welcoming individuals of all sexual identities and orientations to our clinic and providing the necessary resources, support, and care.