The Relationship between the Federal Election & Our Health 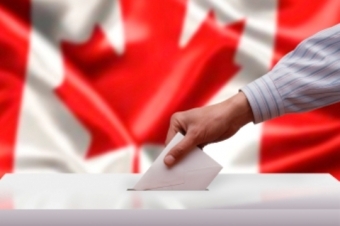 As many of you likely know, the Canadian federal election is coming up on Monday, October 19th, with opportunities for advanced voting October 9-12.

You are eligible to vote in the federal election if you:

For more information on which candidates are running in your electoral district, where your nearest polling location is, and how to vote - check out the Elections Canada website.

While The Medical Station is entirely non-partisan, we would like to encourage all eligible individuals to vote! A number of studies have been done demonstrating the positive health effects of voting. Voting, as well as other activities associated with political involvement, is often positively correlated with self-reported measures of well-being.

A 2001 study published in the American Journal of Public Health concluded that areas with low voter turnout are associated with greater reporting of poor self-reported health, independent of factors such as income inequality and median income. Voting is shown to lower stress levels and even ward off certain mental health conditions, such as depression. Voting strengthens social ties and builds community - both of which lead to improved quality of life and have a positive effect on mental health.

Health Care in the Election

In addition to the positive health effects of voting, health care is an important topic in the federal election. Although in Canada health care is administered at the provincial level, there is a great deal of federal oversight and funding; in fact, health care is usually ranked as one of the top federal priorities for voters.

Each party has taken a different stance on the many important health care topics in the upcoming election. Some of the main topics include: renewing the Canada Health Accord (which determines federal funding to the provinces), a publicly funded drug program (pharmacare), physician assisted death, and seniors' care.

Here are some resources for you to learn more about each of the main parties' position on some of these health care issues.

Regardless of if health care is a priority for you in this election, or where you fall on the political spectrum, we hope you will get out there and vote!