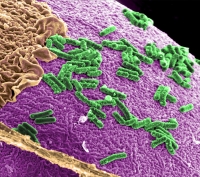 Understanding Your “Acquired Organ”: The Microbiota

The microbiota, or microbiome (formerly known as gut flora), refers to the tens of trillions of microorganisms that inhabit our bodies – these complex communities of microorganisms play an important role in shaping our behavior, health, and identity. The widespread and significant implications of microbiota is becoming an increasingly researched and explored topic. On this week’s blog, The Medical Station delves into the fascinating world of microbiota, our “acquired organ”. 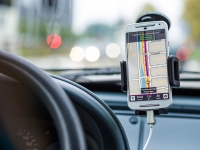 While technology has provided us with so many advancements, for example in the medical field, there are definitely dangers when relying on our computers and phones as much as we do today. The Medical Station believes that by learning more about the dangers technology poses, we can do our best to minimize the negative impacts and focus on the good.

College students are the largest group of drug users nationwide, and are most at risk of addiction. Social pressures, lifestyle changes, and the feeling of independence that comes with being away from home are just a few of the reasons why illegal drug use is so common to university campuses. In this week’s blog, The Medical Station examines the types of drugs that circulate university campuses and effects of these drugs on the lives and health of students. 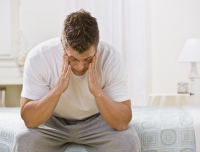 Every spring we move our clocks forward and every fall we move them back by an hour, in order to most effectively use the natural daylight. In doing so, we lose an hour of sleep off our regular sleep cycles. Although this can be a nuisance and leave people feeling irritated, Daylight Savings (DST) does not only impact mental health and ability, but actually carries physical health risks as well. This week The Medical Station explores how losing a single hour of sleep can affect one’s health. 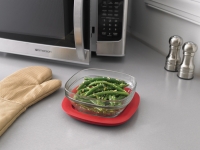 Do Microwaves Change the Nutritional Value of our Food?

While you can’t deny that microwaves are efficient and useful when you need to quickly reheat last night’s leftovers, there has been speculation that using microwaves to cook your food may deplete them of all their healthy nutrients. The Medical Station wants to set the record straight and show you that, while there is some truth to the matter, microwaves are not the enemy!

Four Back-to-School Illnesses to Watch Out for

September, otherwise known as back-to-school season, can be a hectic time of year - especially because of all the illnesses that increase due to changing weather and a new school season. From the common cold, to asthma, and even pink eye, there are numerous ailments that tend to occur more in children during their adjustment back into school. This week The Medical Station discusses the top five illnesses to look out for during this time, as well as ways to prevent and treat them. 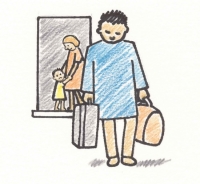 How Does Divorce Impact Children?

Divorce can be the result of a variety of reasons and circumstances. When children are involved, it’s important to keep in mind how parental divorce may affect them. While divorce can have some negative effects on the children, current research shows that it may not have as severe negative impacts as was originally thought. On this week’s blog, The Medical Station explores both the positive and negative effects of divorce on children, and the findings may surprise you!

Your skin may already be crawling at the mention of bed bugs, but these pesky pests seem to be an increasing problem here in Toronto. Due to their highly mobile and resilient nature, bed bugs are a serious public health issue. On this week’s blog The Medical Station discusses the health impacts of these pests, how to get rid of them, and how to prevent bed bugs in the future.

Understanding Rage Disorder and its Effects

Intermittent Explosive Disorder (IED), or Rage Disorder, is a chronic disorder characterized by frequent, abrupt outbreaks of aggressive and violent behaviour considered disproportionate to the trigger. The disorder’s resulting outbursts are greatly detrimental to the day-to-day lives and health of those suffering from the condition, as well as those around them. The Medical Station, with its commitment to mental health, discusses Intermittent Explosive Disorder, its effects, and associated ris 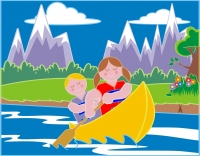 With warm weather and sunshine upon us, we can’t help but think about all of the summer activities up ahead. If you or your children are lucky enough to be heading off to summer camp, The Medical Station wants to remind you to keep health and safety in mind. On this week’s blog, we offer some tips for you and your children to ensure that their time at summer camp is not only fun and exciting, but healthy and safe!