The Dangers of Refined Sugar 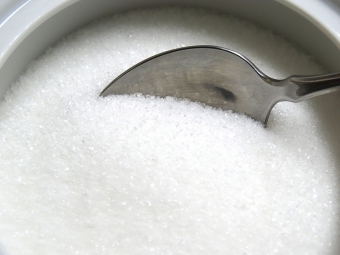 The World Health Organization (WHO) advises people to consume less than 10% of their calories from refined or free sugars. But, how can we do this if we don’t know what refined sugars are and where they are hiding? In fact, these harmful sweet particles are even in foods you may think are good for you such as fruit juices and energy bars. The Medical Station uncovers the truth about refined sugar and the risks they can cause if eaten in excess.

How is refined sugar different from natural sugar?

Refined sugar is any kind of sugar that has been modified and therefore does not exist in nature. For example, the white or brown sugar you put in your morning coffee is not found naturally and is modified from its natural form from sugar beets or sugar cane. This is different from the natural sugar found in fruits and other whole foods. In fact, even foods like breads and grains can be considered in the same family as refined sugar since sugars and starches are both forms of carbohydrates which can be dangerous if consumed in modified forms in high amounts. You can access a list of refined carbohydrates here.

What can sugar over-consumption cause?

One of the most clear and well-studied effects of refined sugar is the risk of causing Type-2 diabetes. Refined sugars, such as high fructose corn syrup, are rapidly absorbed into the bloodstream and therefore cause a large spike in Insulin. Insulin is a hormone that tells the body that sugar is present in the blood and that cells should take them in to use for energy. Despite that, there is a release of insulin when any food or drink is ingested, these high spikes caused by refined sugars can actually lead to insulin-resistance, the body’s inability to respond to insulin anymore, also known as diabetes.  Eating high amounts of refined sugar can also lead to obesity as excess sugar in the body is converted to fat.  Obesity is another risk factor for Type-2 Diabetes as well as other diseases such as Heart Disease.

While refined sugars can’t cause mental illnesses, such as anxiety, on their own, these unhealthy sugars have been shown to make anxiety symptoms worse.  For example, the rapid insulin release in response to sugar intake causes the body to feel fatigued and sick. People with anxiety disorders are often hypersensitive to these feelings and may cause anxiety surrounding what these feelings are and what they could cause. On the other side of the spectrum, the jittery sugar rush you get after eating too many candy bars could be harmful to people with panic disorders as this shaky feeling is often the first sign of a panic attack and could lead to a self-fulfilling prophecy.

We’ve all heard that sugar can be addictive, but there is actual scientific evidence to back this up. Eating sugar, especially refined sugars which have a high glycemic index, lead to firing of neurons in the brain and release of the hormone dopamine which mimics the response to addictive substances such as drugs. This means that kicking your sugar habit is a little trickier than hiding the pop and candy, since our bodies become dependent on the high intake of sugar and could even lead to withdrawal-like symptoms.

What can I use instead?

The best thing to substitute modified sugar-containing foods with are fruits. Fruits still contain sugar but usually in much smaller amounts and they are bound to fibre which makes them much more slowly digested by the body. Fruit can still satisfy your sweet craving and give you an energy boost without all the scary dangers of refined sugar. In fact, you can try substituting apple sauce into a cookie or muffin recipe to avoid the white table sugar. If you are looking for something to stir into your tea or coffee, try to opt for the more natural sweeteners such as honey, maple syrup or even coconut sugar. Remember: the less processed, the better. But, it is still important to remember that even though these substitutes are better for your health, it’s important to eat a balanced diet and not overload on any kind of sugar.

Now that you are more informed about refined sugars and the danger they pose, The Medical Station hopes you can make more health-conscious decisions about what you put in your mouth. If you are looking to decrease the amount of sugar in your diet, book an appointment with one of our Registered Dieticians, Jordana and Emily, who would be more than happy to help you.