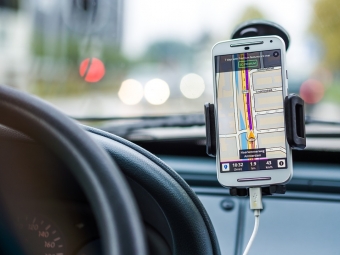 While technology has provided us with so many advancements, for example in the medical field, there are definitely dangers when relying on our computers and phones as much as we do today. The Medical Station believes that by learning more about the dangers technology poses, we can do our best to minimize the negative impacts and focus on the good.

With smartphones by our side, it is really easy to get in the habit of asking “Siri” a simple question without giving it a few seconds of thought. It’s important for us to exercise our brains to be healthy just like we exercise our bodies. There are billions of pathways in our brains that store the information we know. A phenomenon known as neuroplasticity dictates that the more we use our neural pathways, the stronger they get. But, if we don’t use the pathways we have, they can become lost, which is known as decay. This explains why practicing playing a song on an instrument means you can do it perfectly for a recital but years later you can’t remember it at all. The same principles stand for basic logic and math skills. If you pull out a calculator every time you need to solve an easy math problem, you slowly being to wear away at the skills you developed. Finally, like humans, technology is not perfect! It’s important to stay logical when using technology so that when it makes a mistake you can catch it and not blindly follow your GPS off a cliff.

The dangers of cyber-bullying are real. Using technology such as computers, especially when people can send (or post) messages anonymously, leads to people feeling invincible and believing they can say whatever they want. In the majority of cases cyber-bullying leads to sadness, anger and/or low self-esteem but can even contribute to anxiety and depression. Finally, there have been many documented cases of suicide due to bullying through the internet and social media sites. Parents should take the time to inform their children about cyber-bullying and explain that being behind a screen does not give them the right to treat anyone else with disrespect. It is also important to encourage children to come to you if they experience cyber-bullying so that you can work with them to ensure it is stopped.

The blue light emitted from our screens disrupts the production of the hormone Melatonin, which is what makes us sleepy at night. Using these products right before bed, and especially checking them in the middle of the night, can really disturb the quality of your sleep. I think we can all attest that not getting a restful sleep can lead to difficulty concentrating and even lead to accidents in the car or when operating heavy machinery. So turn off your laptops, tablets and phones at night and pick up a book instead.  If you really can’t live without the technology before bed there are apps that you can download on your devices (and even new settings on apple products) which tell our screens to emit red light at night which won’t interfere with our sleep as much.

We’ve all heard a million times that the radiation coming from our microwaves and cell phones are dangerous and can give us cancer, but is it really true? We do know that very high frequency waves (also known as ionizing radiation) like those emitted from x-rays have been shown to cause cancer after repeated exposure. But, if you are only getting X-rays every once in a while for medical purposes, the advantages will outweigh the risks and you have nothing to fear. However, according to a report published in 2015 from the Scientific Committee on Emerging and Newly Identified Health Risks, there is no conclusive evidence that electromagnetic waves with lower frequencies, such as those from our phones, cause cancer.  Therefore, while you shouldn’t be concerned that your gadgets will kill you by giving you cancer, it is still best to take some precautions such as not leaving phones or laptops on your bed while you sleep or pressed against your body.

The Medical Station believes that despite all of the positive advancements new technology has provided, there are also some important dangers to consider. While it does not mean you need to throw out all your devices, finding a balance is the best way to lead a healthy, happy lifestyle.