How Does Divorce Impact Children? 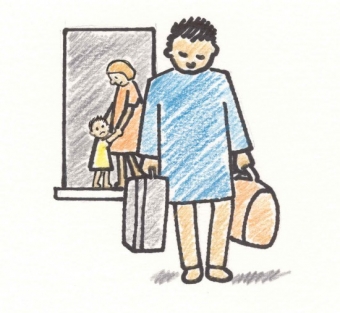 Divorce can be the result of a variety of reasons and circumstances. When children are involved, it’s important to keep in mind how parental divorce may affect them. While divorce can have some negative effects on the children, current research shows that it may not have as severe negative impacts as was originally thought. On this week’s blog, The Medical Station explores both the positive and negative effects of divorce on children, and the findings may surprise you!

While every child responds differently to divorce, there are certain short-term and long-term effects that tend to be associated with children of divorce. Many of the short-term effects are related to the child’s adjustment to a new way of living, and are not necessarily indicative of difficulties in the long run. Some of these short-term consequences include physical effects – such as disrupted sleeping and eating patterns – as well as emotional effects, including stress and sadness. Divorce can also have a social impact on children; which may include embarrassment, aggression, antisocial behaviours and poorer performance in school.

While many are concerned that divorce may have severe lasting negative impacts on children, these effects may not be as prevalent as previously thought.  One study demonstrated that 75% of children of divorce showed no long-term emotional and behavioural difficulties. Also, while there is an increased risk of mental illness among these children, it is only approximately 3% higher than children of non-divorced parents.

A lot of the more recent findings about the effects of divorce on children highlight flaws in some of the earlier research on the subject. When divorce rates started to rise in the late 60’s, lots of research started being done looking at the effects on children. More recently, however, methodological flaws have been found in many of these studies. One of the main critiques has been that most studies from this time did not consider the involvement of the non-custodial parent. In fact, studies show that many of the impacts associated with children of divorce are more closely related to the time spent with the parent without primary custody and overall post-divorce family relationships than the divorce itself. The data shows that increased involvement of both parents is associated with reduced negative impacts. It is therefore important to consider this when arranging post-divorce routines for children in order to keep their well-being a top priority.

Although increasing divorce rates are not often looked at in a positive light, it does provide some relief for children who previously may have been stigmatized as a result of divorce.  A few decades ago, when divorce rates were lower, kids who may have been the only ones in their class with divorced parents likely felt isolated and may have been bullied as a result. Now, as more diverse family structures are becoming the norm, children of divorce are able to find comfort and empathy from peers in similar situations to them. That being said, there is still a ways to go in ensuring that children feel supported and understood, no matter their family structure.

When thinking about the impacts of divorce, people may only think of the negative effects, when in reality, there are also some benefits to the child. In situations where the parent’s marriage causes a stressful and hopeless home environment for the children, divorce may actually provide relief to the child. As well, children who have adjusted to divorce are often stronger and more resilient to other life disruptions later on. Finally, children of divorce who are able to understand the reasons behind their parents’ divorce may have increased insight into relationships and heightened personal awareness.

If you are experiencing marital challenges or your family is navigating a divorce and would benefit from speaking to someone, contact us and book an appointment with one of our Social Workers. The Medical Station strives to offer supportive and empowering care in a safe and inclusive environment.