The Health Benefits of Laughter 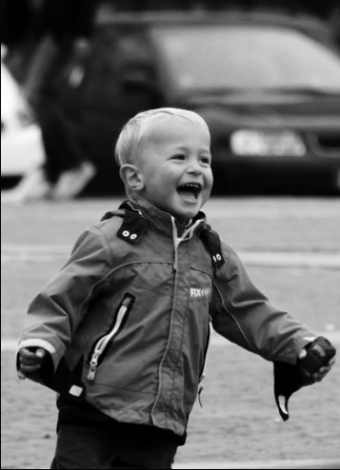 While it is often said that laughter is the best medicine, this saying isn’t always taken at face value. In actuality, the expression rings true for many aspects of well-being – laughter provides incredible benefits for both mental and physical health! In this week’s blog, The Medical Station explores these benefits.

Laughter and the Brain

Laughter is an involuntary response induced by the brain when triggered by a stimulus. Whether inspired through humour or simple conversation, this reflex is ingrained in human nature. The same areas in the brain that are responsible for the subconscious actions of breathing and heart rate also control laughter.

Laughter is heavily tied to hormonal release, particularly influencing the production of chemicals called endorphins, which contribute to a sensation of euphoria. It is this reaction that contributes to the positive effects of laughter, such as pain and stress relief.

Laughter has significant physical health benefits. There is evidence pointing to laughter’s role in resistance to disease and infection, as it triggers an increase in levels of immune cells and infection-fighting antibodies. Laughter also activates specialized cells in the immune system, initiating a response that assists in preventing illness.

Laughter can also benefit an individual’s muscular system as it can relieve physical stress and tension, promoting relaxation. Additionally, the muscular response that accompanies laughter expands and contracts the abdominal muscles, toning these muscles in a manner similar to that of core exercises. Laughter even improves cardiac health, enhancing the function of blood vessels, increasing blood flow, and lowering blood pressure. This can play a role in preventing heart disease and other cardiac events.

Laughter can act as a remedy for relieving anxiety and stress, as well as promoting a positive emotional state. This effect is caused by a decrease in stress hormone levels in the body. As well, laughter increases one’s overall sense of well-being, improving mood and personal satisfaction. There is evidence that laughter eases symptoms of depression, and aids in coping with grief. Laughter is evolutionarily rooted in the human mind as a social tool that promotes a feeling of inclusion. This is why laughter is contagious, and so instrumental in improving one’s mood.

Adding Laughter to Your Life

While laughter does come about naturally in daily life, it is possible to encourage the involuntary response more often. Laughter is most strongly associated with humour, and can be brought about by exposing oneself to comedic stimuli more often. However, it is most commonly brought about through social interaction and conversation. Increased social behaviour can bring about more fits of laughter as a result.

Laughter therapy involves participation in a variety of programs that aim to promote laughter in order to reduce stress and increase happiness. One popular activity involved in laughter therapy includes laughter yoga, which involves laughter exercises, breathing and stretching, and rhythmic clapping in a playful atmosphere.

While we at The Medical Station believe that laughter can have a positive effect on one’s health, we know that laughter alone may not address all physical and mental health needs. The Medical Station provides comprehensive medical care through a variety of services that aim to contribute to the betterment of these aspects, including our Social Work program and yoga classes. Click here to book an appointment or contact us to find out more!