The Birds, The Bees, and The Butterflies: Transgenderism and Sex 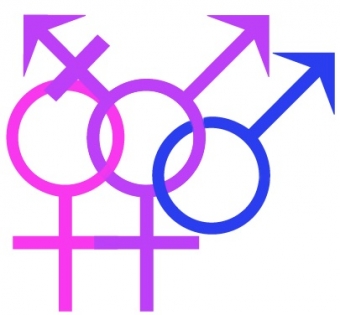 Although transgenderism is becoming an increasingly popular subject in today’s society and media, there are still many topics regarding the transgender community that have yet to be openly explored to the same degree as they are for cisgender people. The Medical Station delves into one of these topics: the role of sex and intimacy in the lives and relationships of transgender individuals.

Guest Author: Leah Girvitz. Leah is in her second year at UBC in Vancouver, studying English with a minor in creative writing, and is excited to be part of the The Medical Station team as an intern. Leah enjoys new experiences, helping people, and using her ambitions as a writer to inform and inspire others. She aspires to eventually practice law. When Leah is not working, she enjoys playing the cello, skiing, and spending time with friends.

Transgender is an umbrella term that people identify with when their gender identity does not align with the gender they were assigned to at birth as a result of their biological sex. This does not always mean that a trans* person born with male genitals and assigned as male at birth necessarily identifies as female – there are a wide range of gender identifications outside the gender binary of male and female. These include bi-gendered, a-gendered, and gender fluid people.

Some transgender individuals may decide to undergo sex reassignment surgery and / or hormone replacement therapy so that their gender perception and appearance can align with the gender they identify with, while others may not. How any individual chooses to embody and portray their gender is a personal choice – there is no singular right way to go through the process of transitioning or coming out as transgender.

Sexual Intimacy in the Transgender Community

There are a number of unique and complex issues that face the transgender community when it comes to sexual intimacy. Some of the most pervasive ones include:

Though many people think of sex as a penis penetrating a vagina, sex can mean and encompass a diverse variety of acts and behaviours. Sex is a very personal, private, and sensitive matter for many. Cisgender people (people who identify with the sex and gender they were assigned at birth) often forget or disregard the boundaries of addressing a person’s sexual preferences, experiences, and history when it comes to transgender people.

It’s impolite and insensitive to ask anyone how they have sex, but unfortunately this is an intrusion that transgender people endure on a very regular basis. Sexual intimacy & behaviours are personal topic that does not need to be known and shared with everyone or anyone – the amount of information that is shared, and the way in which it is shared should always be up to the individual in question.

Fear and anxiety that transgender individuals may disproportionately experience most often stems from two places: discrimination, stigma, and abuse, as well as body dysmorphia.

Trans* individuals, especially those who identify as female or portray themselves as feminine, often experience extreme fear and anxiety when approaching the topic of their sex and gender with prospective sexual or intimate partners, for fear that they will become violent. Violence against transgender people is a huge issue in the trans* community, and often occurs in situations involving sexual relations with transphobic people.

There is also a deep psychological connection between gender dysphoria and body dysmorphia. Gender dysphoria refers to the feeling of distress that trans* individuals may encounter because there is a mismatch between their biological sex and their gender identity. It is not a psychological ailment or disorder, but a natural part of the lives of transgender people. Body dysmorphia, however, is an anxiety disorder that causes a distorted perception of how one looks. This term does apply to all transgender individuals, and can apply to cisgender people in regards to body shape and other aspects of physical appearance. However, because of gender dysphoria, many trans* people do develop body dysmorphia, accompanied by body image issues which cause anxiety when it comes to engaging in sex and intimacy.

A prevalent issue in the trans* community revolves around the differences among individual’s perceptions of what it means to have sex. Because there is not one specific way to engage in sex, communication is a key factor in any healthy and safe intimate relationship.

There is very little representation of transgender individuals in TV, movies, and books. When there is, representation it is often inaccurate, vilifies the trans* character, and propagates negative stereotypes of trans* people. Positive media exposure is important for allowing trans* people a space where they are represented and understood, and can learn more about their own sexual identities in the same way that many cisgender people gain notions about sex from the mass media.

Keeping in mind that every individual and every relationship is unique, The Medical Station offers some general tips for engaging in an intimate or sexual relationship with a trans* person:

If you are a transgender individual or the friend or relative of a transgender individual, The Medical Station is equipped with services to help you with any concerns, questions, or experiences you may have. With an inclusive and welcoming team, which includes family physicians, social workers, therapists, and more, The Medical Station is a safe and open space for individuals to explore and address topics pertaining to trans* issues.