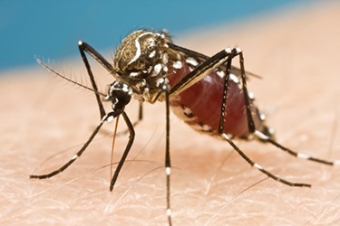 With the ongoing spread of Zika across the globe, this virus continues to be classified as a public health emergency. This blog is a follow-up to a blog we posted in March that explored what we know about Zika virus. The infographic below, Bitten: Zika Virus 101, offers a visual explanation of the basics of Zika virus.

Guest author: Emily Maynard. Emily is the content coordinator and writer for Mphonline.org and the developer of the Zika Virus infographic. She enjoys creating articles as well as visual graphics on a variety of public health topics, with a special emphasis on offering information and guidance regarding public health degrees and programs.

With the latest virus outbreak being the Zika virus, it’s important for people to know more about it so that they may take measures to protect themselves. The Zika virus was first discovered in primates in 1947. By 1952 the first human infections occurred, recorded in Uganda and the United Republic of Tanzania, which is when it was discovered that mosquitoes are a carrier. In 2007 there were 14 documented cases of the Zika virus, however in 2013 there was an outbreak in French Polynesia. In 2015 an outbreak in Brazil occurred and it was found that the Zika virus can cause neurological and autoimmune complications along with its common symptoms. Now, in 2016, the World Health Organization has declared Zika a public health emergency concern.

The common symptoms of Zika are fever, rash, joint pain, muscle pain, red or bloodshot eyes, headache and fatigue. Pregnant women are warned to avoid traveling to infected areas, as the virus can transfer from mother to fetus and in some cases cause microcephaly in newborns.

An active Zika virus transmission map is available in this graphic. Much of Central and South America are affected, along with several islands, such as Cuba, the U.S. Virgin Islands, Barbados, Haiti, Jamaica, and several others.

While more research is still being done on the transmission of the Zika virus, the CDC has already issued some prevention tips to follow based on what is already known. Firstly, if you do not have to travel to a country which has a high transmission rate, simply do not go. Most mosquitoes which carry the virus are out during the day, so wear protective clothing and use bug repellent. Always reapply the bug repellent as the directions state. Use mosquito netting when available, particulary around babies. Avoid sexual contact if you are infected with the virus.

The Medical Station will continue to monitor and follow the Zika virus as it continues to unfold around the globe and here in Canada.