What is Tinnitus? Understanding the Ringing in Your Ears 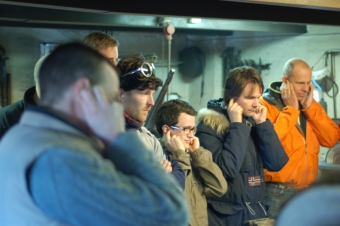 Tinnitus, a largely undiagnosed and unknown condition, refers to noises heard in one’s head or ears that are not caused by an external sound source. Tinnitus, and the resulting health outcomes, can be debilitating for many. The Medical Station, opening in North York in Spring 2016, offers medical expertise and support for those suffering from tinnitus.

Tinnitus itself is not a disease, but rather a symptom of an underlying condition or problem – some of which are more easily addressed and remedied than others. Dr. Pawel Jastreboff, a leader in tinnitus research, has described the condition as “phantom auditory perception”. Tinnitus refers to the noises or sounds one hears in his or her head or ears that are not the result of an external source.

Though it is most commonly described as a high-pitched ringing, one may experience tinnitus as a buzzing, hissing, whistling, or chirping noise. Tinnitus varies in volume greatly for each individual – for some it is barely audible, for others it is extremely loud and disruptive to daily functioning.

As many as 360,000 Canadians suffer from tinnitus, with roughly 42% reporting a significant decrease in quality of life as a result. For some individuals, tinnitus is constant, while others may only be affected intermittently. Pulsatile tinnitus is a specific type of tinnitus where the noise the affected individual hears in their head or ears resembles the rhythm of one’s heartbeat.

As we already explained, tinnitus usually arises as a result of an underlying condition or problem. There are a number of things that can lead to tinnitus, though the underlying physiological mechanism remains poorly understood, and for many individuals, the cause of tinnitus may never be determined.

Tinnitus may be the result of any of the following:

For some, tinnitus may occur without accompanying symptoms or effects. For others, however, there are numerous health and psychosocial effects that result from, or accompany, tinnitus.

The Medical Station Offers Support for Those Affected by Tinnitus

While there is no cure for tinnitus, there are a number of management options for those affected. If you or your loved one many be suffering from tinnitus, make an appointment to see one of our Family Physicians. Our Family Physicians will assess your symptoms, try to identify the underlying cause of the tinnitus, and develop an appropriate treatment plan. Depending on the cause of your tinnitus, clinic physicians may be able to treat the root cause.

If further medical care and testing is required, as is often the case, The Medical Station has an extensive network of audiologists and ENTs around North York and the city for referral. Hearing specialists will be able to advise on certain treatment options, including Tinnitus Retraining Therapy (TNT) or sound therapy, such as using white noise generators.

We have heard too many stories of individuals and their families being told by the medical community that there is nothing that can be done about tinnitus. In our minds, this is an insufficient answer for such a debilitating condition. At The Medical Station, we are centred on care and education, and we encourage our patients to always feel free to come to us with any concerns or questions medically, socially, or emotionally related.

We are dedicated to working with you and supporting you in managing your tinnitus and the resulting health wellness challenges you may be facing. Opening in North York in Spring 2016, The Medical Station looks forward to providing resources, care, and a supportive space for those suffering from tinnitus.