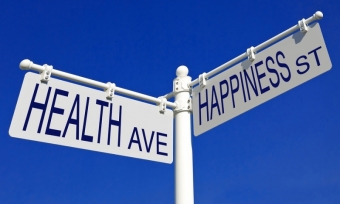 Happiness is hard for many to define or conceptualize, yet it is universally sought after. There has been significant research conducted on the effects of negative emotions (such as stress and fear) on health, but less attention has been paid to the links between positive emotions and health. The studies that have been conducted to date present conflicting findings on the relationship (if any) between happiness and health. In an effort to better understand the relationship, The Medical Station is exploring some of the current research on this topic.

Researchers are only just beginning to explore the potential biological and physiological mechanisms that underlie the relationship between health and happiness. A 2012 review of over 200 studies found a connection between positive psychological attributes, including happiness and optimism, and a lower risk of cardiovascular disease and lower levels of inflammation. A study published in Canadian Medical Association journal found that people aged 60 and older who said they enjoyed life less were more likely to develop disability over an eight-year period. A 2007 study explored the link between emotional vitality, including qualities such as enthusiasm, hopefulness, and engagement, and a reduced risk of coronary heart disease. The researchers postulated that this relationship was the result of a protective effect of these positive emotions.

These studies, and many others, reaffirm the connection between psychological and physical well-being. The Medical Station wants to note however, that while these studies demonstrate an association, there has not yet been an identified or proven causal relationship.

Some researchers suggest that happiness has a positive effect on health through its contribution to establishing healthy behaviours. Research suggests that certain personal attributes, such as happiness, help some individuals avoid or healthfully managing diseases such as heart attacks, strokes, and diabetes. Other studies have shown that happiness is linked (though perhaps not causally) with living longer with HIV, cancer, and heart disease. This research body suggests that being happier makes it easier to maintain good habits and engage in healthy life behaviours. Along this same vein, unhappiness can drive individuals to partake in unhealthy behaviours, such as increased alcohol and drug consumption and suicidal behaviours.

The UK Million Women Study is a recent large-scale study conducted in the UK and published in the Lancet that demonstrated that happiness does not affect individual health or mortality. With a focus on longevity, the study demonstrated that controlling for confounding factors, the death rate was the same for those who are happy and unhappy. The researchers concluded that happiness does not promote health. If anything, the study authors explained, its illness that makes people unhappy – not the other way around.

There has already been some critical reception of the study, with some identifying methodological study flaws, including a poorly conceived measure of happiness. Conducting research on the links between health and happiness is challenging – happiness is often individually conceptualized and can be hard to measure. Our clinic believes there is a need for studies looking at a greater range of ages, cultures, and genders to better elucidate the relationship between health and happiness.

Happiness as an Individual Journey

At The Medical Station, we know that happiness means something different to everyone. Our clinic works to promote both happiness and health in North York through our comprehensive medical care, health promotion programming, and supportive clinic environment. Happiness is a journey, not a destination; Dr. Naiman and the clinic team are looking forward to working with you at The Medical Station and supporting you throughout this journey.

While there may not be a clear understanding of the link between happiness and health, it is clear the two are related. Our clinic believes it is important to promote and foster both of these essential qualities in the lives of our patients and our North York community. At The Medical Station, we believe it is crucial to address physical, mental, emotional, and spiritual aspects in order to achieve complete health.