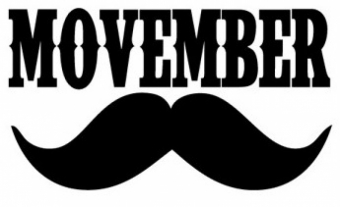 With Movember underway, you may have already started to notice the increase in mustaches around you. This initiative, inspired by the international charity Movember, raises money and awareness for men's health. While they address testicular cancer, mental health, and physical activity, prostate cancer is the main focus of the movement.

What is Prostate Cancer? 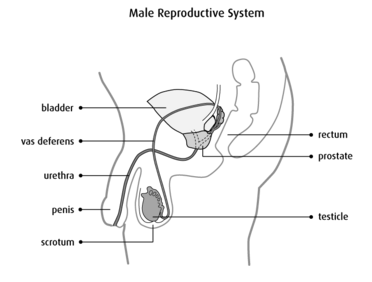 The prostate is a gland, found only in men, located directly below the bladder and in front of the bowels. The function of the prostate is to produce fluid that protects & enriches sperm and creates semen. Prostate cancer develops when cells in the prostate can no longer control their own growth and division. The cancer often develops silently, with many men never experiencing symptoms in the early stages. This increases the risk that the cancer cells with migrate and the disease will metastasize.

Prostate Cancer by the Numbers

Many men do not experience the symptoms; prostate cancer is often first detected during routine check-ups by a physician. Symptoms may include:

The Controversy of Screening

The PSA test has generated quite a bit of controversy in recent years. Organizations such as the Canadian Cancer Society, the College of Family Physicians of Canada, and the Canadian Task Force on Preventative Health Care have stated that "research currently shows that the risks of testing for prostate cancer may outweigh the benefits of screening men at average risk of developing prostate cancer". These groups argue that the harms of false-positives, unnecessary biopsies, and over-diagnosis of cancers outweigh the potential benefits of early screening through PSA. Read more about their stance here.

On the other side of the debate is Prostate Cancer Canada and the Prostate Cancer Centre in Alberta, who recommend that men get a PSA test in their 40s to determine their baseline level of PSA. These groups believe that the benefits of early detection are key in reducing morbidity and mortality of prostate cancer and the high survival rate is due to early detection. Hear more on this perspective from a CBC interview here

Regardless of where you align yourself in the screening controversy, it is important to take time and learn about the disease and all of your screening and treatment options. Discuss your situation with your physician, other health care providers, and your family and friends to ensure that you are making an informed decision about your health.